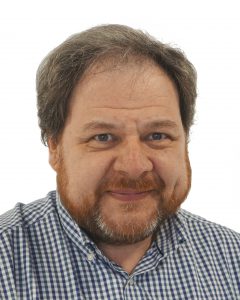 Human cytomegalovirus (HCMV) is a paradigm for viral immune evasion strategies yet, paradoxically, primary infection of immunocompetent individuals rarely causes serious disease and such primary infections are normally quickly resolved. In contrast, infection of individuals whose immune systems are compromised (such as HIV/AIDS patients and transplant patients) or immature (such as the foetus in utero) often leads to widespread viral replication and dissemination and this can often be life-threatening. Although the immune evasion mechanisms employed by HCMV in vitro are well documented, the effectiveness of these during primary infection in vivo is not absolutely clear but probably allow the pathogen to initially overcome primary immune responses and thus create a window of opportunity for the virus to replicate and disseminate to cell types efficiently enough for latency to be established. Such a strategy could be conceived to be optimal for a life-long persistent pathogen as unchecked viral replication, leading to host mortality, would clearly be a dead-end strategy for any virus. However, the establishment of quiescence would also, in itself, be a biological dead end for the virus, unless it was able to reactivate and re-establish lytic infection in order to infect naïve individuals. Similarly, a fitting time for a comprehensive set of immunoevasion functions to be employed by the virus would be during reactivation from latency; these would again create a window of opportunity for the virus to re-establish the production of new virions in the face of an existing and primed anti-viral immune response.

Our programme of research seeks to address a number of important questions concerning the immunobiology of HCMV both in lytic and during latent infection. With a particular focus on the generation, maintenance and function of memory CD4+ and CD8+ T cells and the immune evasion mechanism employed by the virus to modulate Natural Killer cell function.