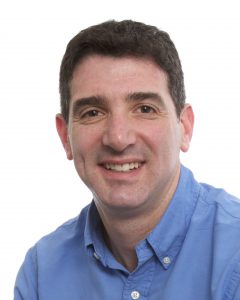 A fundamental requirement for cell survival is the ability to respond to local oxygen and nutrient environments. Our goal is to gain novel insights in oxygen and metabolite sensing pathways, providing potential new therapeutic targets for inflammatory disease and cancers.

The ability to sense and respond to changes in oxygen availability is conserved in all metazoans. Central to this process are a group of enzymes that require oxygen, 2-oxoglutarate (2-OG), and iron for catalytic activity – the 2-OG dependent dioxygenases. The most well-described function of these enzymes relates to the prolyl hydroxylases (PHDs) which sense intracellular oxygen, controlling the stability of Hypoxia Inducible transcription Factors (HIFs). However, 2-OG dependent dioxygenases have diverse functions, including altering cell phenotypes by remodelling chromatin. We aim to (i) uncover new metabolic pathways that influence the activity of 2-OG dependent dioxygenases (ii) gain insights into their biological relevance, focusing on HIF signalling and chromatin remodelling.

We have applied near-haploid and CRISPR/Cas9 human genome-wide mutagenesis to interrogate metabolic regulation and HIFs and to understand how HIFs activate their target genes. These screens have provided fundamental insights into the intricate relationship between mitochondrial metabolites, cellular iron metabolism  2-OG dependent dioxygenases and HIF signalling (reviewed in Ortmann et al FEBS Journal 2021).

By screening for genes required to activate the HIF response, we have uncovered that the H3K4me3 transferase, SET1B, is recruited by HIFs to facilitate selective activation of HIF target genes (Ortmann et al Nature Genetics 2021). SET1B binds the HIF-a subunit in hypoxia and translocates to the nucleus to increase transcription of specific HIF target genes.

We have developed biochemical approaches to explore the role of the ubiquitin enzymes in regulating the turnover of proteins involved in oxygen-sensing/metabolic pathways. This work has led to the identification that lysine-11 (K11) linked ubiquitin chains, a ubiquitin linkage implicated in cell-cycle regulation and HIF signalling can mediate proteasome-mediated degradation dependent on whether they are pure (homotypic) or mixed with other linkages (heterotypic) (Grice et al, Cell Reports 2015). In combination with our forward genetic approaches, we have identified a role for two ER-associated E3 ligases in a protein quality control pathway for heme-oxygenase 1 (HO-1) (Stefanovic-Barrett et al, EMBO Reports 2018), a tail-anchored protein which metabolises heme and releases free iron. Understanding the role of ubiquitin enzymes in non-canonical regulation of HIFs and metabolic pathways is a focus of our current studies.

Cells have to be able to sense oxygen and nutrient availability to allow growth, differentiation or survival when nutrients are scarce. Our aims are to explore the links between oxygen sensing and nutrient levels. Through an improved understanding of these pathways, we hope that we will be able to provide new therapeutic targets for cancers and inflammatory disease.