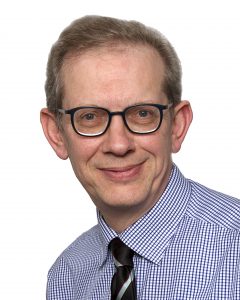 Why is viral evasion interesting and important?

Viruses are assiduous cell biologists. Deciphering the molecular mechanisms viruses use to manipulate cellular processes provides unique insights into fundamental cell biological pathways, informs us about viral evasion and has the capacity to offer novel therapeutic approaches through the specific targeting of newly identified pathways.

All life forms defend their genome against DNA invasion. Mammalian cells counteract this threat to cellular integrity through innate immune system activation (eg release of interferon). An additional cellular response is to silence the incoming DNA, prior to transcription. Indeed DNA silencing through chromatinisation likely represents the default pathway. Perversely, viruses not only introduce and replicate their nucleic acid but recruit host machinery to enable replication. Persistent viral survival depends on their ability to evade immune recognition, as well recognized with interferon antagonism, but less well realized in the context of DNA silencing.

Viruses adopt different strategies to enhance, prevent or de-repress silencing and are adept at manipulating their chromatin environment. Uniquely, retroviruses reverse transcribe their RNA into dsDNA and integrate into host chromosomal DNA ie they ‘become genes’. By aligning regulation of their viral genome with the host, retroviral integration allows unintegrated, poorly expressed retroviruses to escape extrachromosomal silencing. While most integrations are transcriptionally active, for HIV, the most clinically important lentivirus, it is the silenced, integrated HIV proviral pool which defies eradication and mandates lifelong HIV treatment.

Understanding different mechanisms of DNA silencing and how viruses usurp and overcome them provides unique insight into chromatin regulation and potential opportunities for manipulating these pathways.

To understand how newly integrated retroviruses are silenced we performed a forward genetic screen and identified a novel human epigenetic repressor complex we named HUSH (Human Silencing Hub) (Tchasovnikarova et al Science 2015. HUSH is composed of the three proteins, TASOR, MPP8, and periphilin which are recruited to genomic loci rich in H3K9me3, the canonical mark of repressive heterochromatin. Loss of HUSH results in derepression of integrated retroviruses. The effector functions of HUSH are: (i) To recruit the SETDB1 histone methyltransferase to deposit repressive H3K9me3 and (ii) To recruit the MORC2 chromatin remodeller to compact the chromatin. Thus HUSH represents a novel route to the establishment and assembly of repressive heterochromatin (Tchasovnikarova et al Nature Genetics 2017 49(7):1035-1044). Preventing viruses such as HIV from being silenced could provide a crucial step in their eradication.

Cell surface receptors and intracellular proteins are modulated by all viruses. Our work on viral evasion of MHC-I antigen presentation has driven our interest in the role of ubiquitin in immunoreceptor regulation. We developed techniques to gain a temporal, unbiased, systematic overview of cellular receptors and intracellular proteins whose expression is altered upon viral infection. Plasma Membrane Profiling, using TMT-based proteomics, allows us to determine how the expression of >1000 cell surface receptors, or ~8000 total cellular proteins changes upon viral infection or in tumour formation, and is applicable to primary human cells. This technology has identified multiple receptors whose expression is altered upon viral infection eg HCMV (Weekes et al Cell 157:1460-72, 2014) or HIV (Matheson et al. Cell Host Microbe 18, 409–423 2015) infection. We identified a novel, evolutionarily conserved function for HIV-Vif– degradation of the highly abundant cellular PP2A phosphatase. Thus HIV-Vif remodels the HIV-infected cellular phosphoproteome (Greenwood et al ELife 2016 5:e18296).

Related approaches identified cells that are latently infected with human cytomegalovirus, providing a potential strategy for their removal prior to transplantation (Weekes et al. Science 340, 199-202; 2013).

Viruses play ‘cat and mouse’ with the immune system. All cells are equipped to recognize viruses and silence their DNA to prevent viral genes entering and exerting unwanted effects. Viruses need to evade immune recognition and overcome cellular silencing. Our group studies how cells repress viruses, and in turn how the viruses avoid this silencing, evade immune recognition and manipulate the cell for their own ends. We use state-of-the-art technologies including genome-wide CRISPR/Cas9 screens to assign cellular genes to signalling pathways and systematic proteomic approaches to determine which cellular proteins are modified during viral infection. This has led to the identification of novel HIV silencing pathways and therapeutic approaches for derepressing HIV. We have also identified cells that are latently infected with human cytomegalovirus, providing a potential strategy for their removal prior to transplantation.