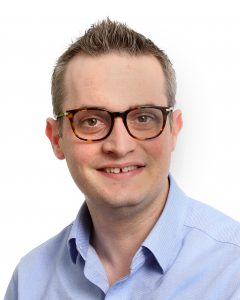 Molecular mechanisms of disease – from SNPs to disease biology

Genetic studies have successfully identified many regions of the human genome that increase an individual’s risk of autoimmune or inflammatory disease, but the molecular mechanisms that underpin these associations – and hence the reason they alter disease susceptibility – remain largely unknown. Our group is interested in uncovering the biology responsible for genetic associations in immune-mediated disease by combining genetics, genomics, molecular biology, and immunology-based approaches. We have a particular focus on the non-coding genome, including enhancers and non-coding RNA, and the role that they might play in regulating immune responses. Our goal is to not only shed new light on pathways involved in disease pathogenesis but to also provide novel therapeutic opportunities. Other interests include better understanding the genetic and biological determinants of prognosis in autoimmune, inflammatory and infectious diseases – as distinct from those pathways that drive disease development. James Lee currently holds a Wellcome Trust Intermediate Clinical Fellowship, and has recently spent 2 years at Harvard as part of this. He is also a member of the UK and International IBD Genetics Consortia.